Meghna Mehra is an author, researcher, and activist. She is the founder of the All India Queer Association. She has authored books Marriage of Convenience and The Ghost From Revolutionary Past. She works for workers, women, and LGBTQIA+ rights.

What is the aim of the ‘All India Queer Association’?
AIQA’s aim is to radicalize the youth to empower the LGBTQIA+ community of India. It focuses on awareness, empowerment, and acceptance of the community.

Why is it important that society as a whole should recognize and respect the diverse Gender Identities and pronouns of people?
It is important as it helps in understanding diverse gender identities, pronouns are the bare minimum when it comes to respecting someone. Using correct pronouns means respecting a person’s right to self-determination.

What is your take on the stigma associated with being ‘Queer’ in India?
Anything that could be different from the current social norms welcomes stigma. The commodification of the community also creates further stigma in the society which needs to be stopped.

How we can imbibe the Youth with the knowledge of what is right and what is wrong concerning the topic of ‘Feminism’ especially regarding its intersectional nature?
Intersectional feminism is the need of the hour. Any movement which is intersectional helps all the marginalized sections to have a voice. The youth can read numerous books, courses and have an understanding by experience too. Feminism is an idea that all genders are equal and this is the basis of the movement, once someone understands this, they can practice feminism in their lives.

What do you think of the socio-sexual liberation of women considering the fact that women’s sexuality in society is kept in check by the male heads of the family?
The socio-sexual liberation of women is important. Over the centuries, women are treated as properties of men which has led to surveillance culture and overall moral policing that goes on throughout our lives. This needs to be stopped and dismantled as a system altogether as it harms everyone to some extent.

In light of the ‘Boys Locker Room’ Incident, what are your opinions on ‘Social Media Trials’?
The term “Social Media Trials” itself is problematic. Having people accountable for their actions is important, especially when they are harassing someone. The current legal system is still biased, for example- recently a court shamed a rape survivor for falling asleep in Karnataka. Another survivor has been booked for disturbing the court in Bihar when she had a breakdown by recalling her trauma repeatedly. One needs to understand that unless courts become just, people will find other ways to hold individuals accountable for their actions. Also, it is notable that not everyone has the resources to pursue cases, especially when the accused is powerful economically and socially.

The recent controversy regarding ‘Fair and Lovely’ brought to light India’s obsession with Fair Skin as a sign of superiority and success. Why do you think such ideals are flourishing in India, when it is in fact is one of the most racially diverse nations in the world?
The obsession with fair skin is rooted in both colonialism and notions of caste purity. Desiring a “fair bride”, is often treated as a norm. The standards of beauty are unrealistic and normalizing this obsession.

Where are we standing as a civil society to understand the notion of love other than the heteronormatively defined ideals?
There is still a lot to do by civil society to understand that there are many notions of love. Many Queer organizations are trying their best for decades to ensure this. However, other organizations should be inclusive to accommodate the queer community and fight heteronormativity.

What message would you like to pass onto individuals who bully members of the LGBTQIA+ Community?
If someone is bullying others, there must be something inside them making them a bully, try to figure out why you hate someone and try to solve your issues instead of traumatizing others.

Google defines ‘Queer’ as ‘Strange or Odd’. How would you define Queer?
That meaning existed in English for a long time to target same-sex relationships. Queer is an umbrella term for the LGBTQIA+ community and also for queer identity.

According to you, what is the root cause of ‘Gender Inequality’?
Capitalism, Patriarchy are the root cause of gender inequality. The institution of marriage itself creates heteronormativity and patriarchy allows surveillance on women and social sanction against anyone who is not fitting into patriarchal ideals, it is done to keep norms in check and also provide labour to capitalism
(unpaid labour and reproductive labour is done by women, cheap labour is done by those who are facing social sanctions).

How open was the educational institution you studied in/are currently studying in to discuss issues related to gender? Have you faced any issues because of your gender identity or sexuality in your campus? Do you feel that educational institutions in India are in general a safe and free space for women/people of other sexual minorities or gender identities especially during large-scale student gatherings?
Some departments were open to discuss issues related to gender while others were reluctant and contributed to the queer erasure. Educational institutions in India are mostly full of moral policing and is not safe for women.

What role does Media (especially platforms like Instagram/Twitter) play in bringing change towards the notion of ‘Gender Equality’ and advocating for ‘Gender Rights’?
It gives people voices to speak on their own instead of having a representative to speak on their behalf. It also helps in creating safe spaces.

Can you sum up your journey with AIQA in a few words?
I started AIQA last year in January and it is a long journey that may never end. People kept joining and stayed together, no matter what circumstances threw at us. It keeps me strong and makes me believe that Queer Liberation is a possibility.

What are your views on ‘Transgender Persons Draft Rules of 2020’?
The decision-makers should sit with the Trans community, Intersex community for the decision-making process and should also acknowledge that gender non-binary, gender fluid people exist.

According to the Transgender Persons (Protection of Rights) 2019 Act, the definition of family is a “group of people related by blood or marriage or by adoption made in accordance with the law”. Do you think this definition of family is adequate since many Transgender Persons are disowned by their blood kin and stays with communities with socio-cultural identities like the Guru-Chela relationship in Hijra Community?
Yes, the definition of the family stated by the act is inadequate. Apart from guru-chela relationships, many people have families who aren’t blood-related, they can be family through marriages, living together, having a group of friends who is supportive.

Further, other laws like Surrogacy Bill and Adoption Bill only take into consideration family by blood/kin. Do you think this is discriminatory towards members of LGBTQIA+ Communities?
Yes, these bills are discriminatory towards the LGBQTIA+ community as not everyone has accepting families who would help in surrogacy. The community should have adoption rights.

Do you think the recent change of name of Noida Metro Station from ‘She-Man’ to ‘Rainbow Station’ was a case of Trans Erasure (Given the primary intention of DMRC was to promote Transgender Right)?
It was a case of trans erasure and a complete lack of regard and effort to read about the community. The name has been changed after social media flak which makes it more problematic as the efforts to understand diverse gender identities weren’t down and a slur has been used in the first place. It sounds like a marketing gimmick more than allyship. 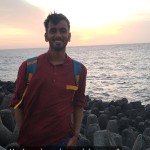